The week before last we were treated to the most phenomenal lightning storm I've ever experienced. (And coming from the Highveld, I've enjoyed rather a lot of them!) The two most striking things about it was the sense of calmness it conveyed, and its silence: not a rumble, not even a squeak, did we hear throughout the duration of its hyperactive yet torpid three hour traverse across the Tsitsikamma Mountains. (Although I imagine residents beyond the mountains were rather deafened!)

It began, as these things do, simply as a small column of cloud rising up at the end of a hot and humid day. Within minutes it concaved into an enormous towering wave glowing pink in the rays of a sun which had long since sunk below our horizon. It began to grow another cumulonimbus inside itself and flashes of lightning from this new one illuminated the mother cloud from within.

I stopped on my journey home to gape in awe, and naturally pulled out my Camsung in a vain attempt to photograph it.  There are times when one is able to convey a fair sense of an experience through imagery (to me this is the definition of 'photogenic'), and then there are events which cock a snook at us as we look with resignation at the piddly reproduction we've managed to obtain. (This, to me, is the definition of 'taking a photograph' as in "taking what one can get", rather than—if you're lucky—making a good photograph, which usually involves a greater degree of imagination, visualisation and legwork—not to mention thigh work, arm work and general contorted bodywork as somehow the most photogenic view is seldom the most comfortable one!) Realising the futility of my endevour to convey the sense of awe-inspiring vastness and power of this cloud, I switched to simply watching.

As the sky darkened to night, I couldn't resist setting up my Brikon on my tripod with my remote trigger in an attempt to create a shareable form of the experience of the storm. I first tried clicking the shutter when I saw the flashes; usually this is hopelessly fruitless as our reflexes are not quite lighting fast, but in this storm the lighting was reflex slow, and I manually captured some bolts at a shutter speed of 1/6 of a second. One bolt, shown below, was so persistent that I actually captured it in two individual frames! Later when it was fully dark—at least, when it was fully dark in the brief moments between flashes—I decided to set up a time lapse video, with one capture every three seconds. In all the frames I captured there are barely any without lighting, it flashed so continuously. (You can hear the shutter clicking along with the night insects in this video I took with my Camsung, which I've uploaded onto YouTube for you.)

In all of this, what I found most remarkable about this lightning storm is how people responded to it. People who are normally terrified of lightning found this storm merely fascinating and even wonderful, and felt none of their usual fear. Perhaps it was because of the lack of thunder—which could say a lot about the nature of fear, and how, even when we logically know we're safe, our conditioned thoughts insist that we need to be afraid. And just as a lightning storm can be observed and even marvelled at as it arrives, passes over and moves on, by simply observing our emotions as they pass through us we can notice that although events don't differ whether we pander to them or not, our personal experience can be vastly different... and the choice is ours! 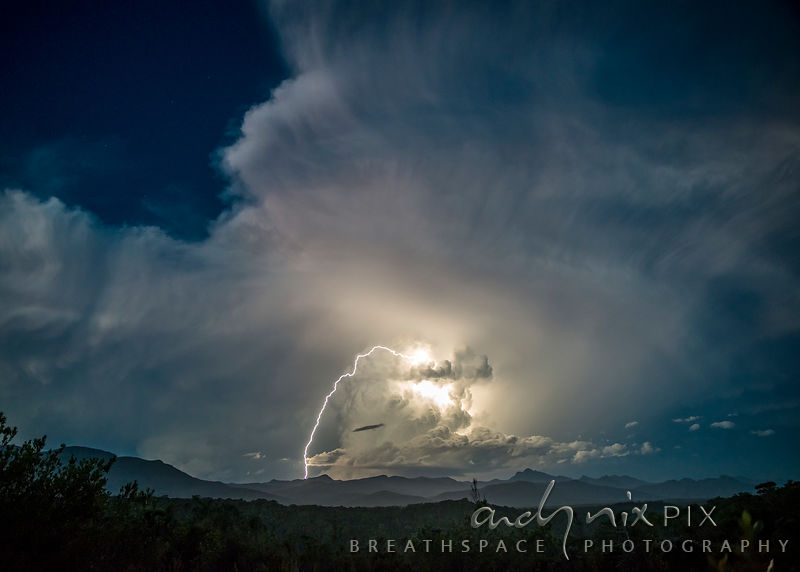 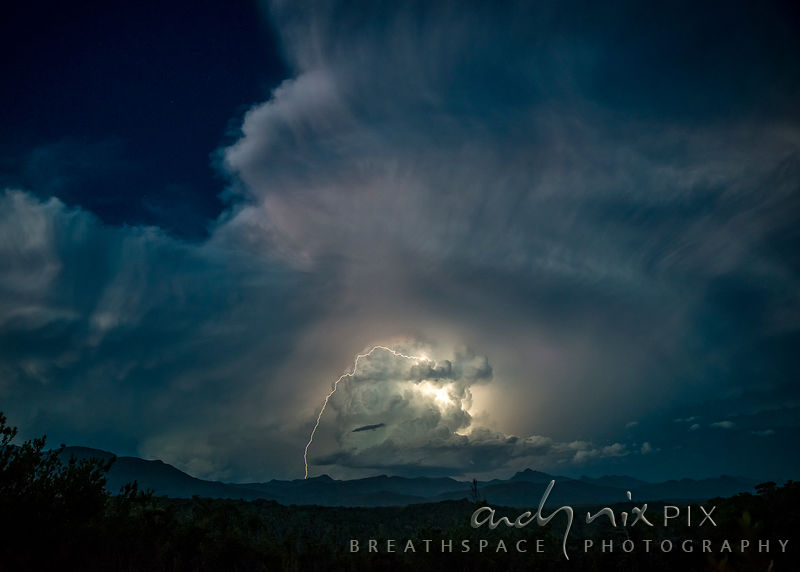 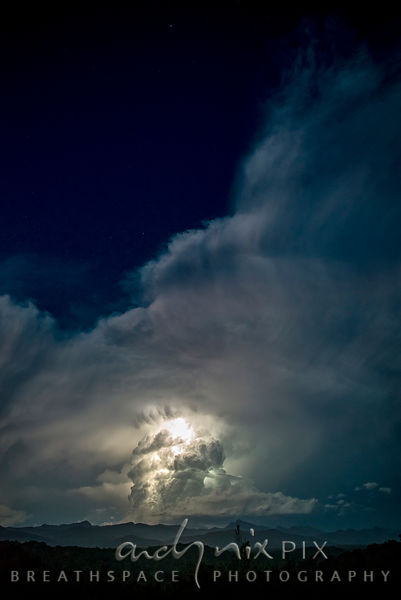 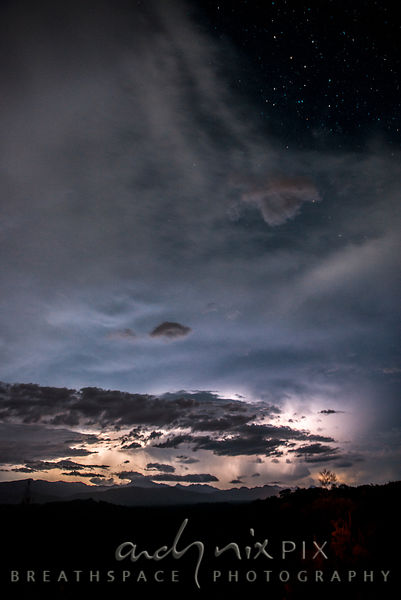