I've been living in some degree of almost-ever-present pain for however long. Years. It began over two decades ago,  small enough and localised enough (in my fingers) and, for a period, short lived enough to apply my usual solution: tough it out until it phaques off, and don't let on what a sissy I really am. (For experiencing pain? I don't know what the unreasoning was, it wasn't verbalised, it just existed, insisted. I didn't question or examine, to me there was nothing to question, it was the water I swam in, simply the way my 'the world' is, and I could see that I was different only in that I struggled to move through my days of pain with the same seeming ease of that others did, not realising that it ended with my body and didn't extend to most everybody round me.)

It faded for a decade or so, flaring with inexplicability only at seemingly random times in seemingly random locations on my body and I never made a connection, baffled anew with each new affliction. One time it was my knees, hurting with such intensity that just bending my legs in bed sent me... well, there's no point in describing pain. We — thankfully — forget it anyway. For ages I couldn't really walk. When my friends chipped in together and bought me telescoping hiking sticks, I was touched like I don't recall ever feeling before, and at the same time utterly baffled: they were simultaneously acknowledging my experience of pain, supporting me in it, and also not judging me for it. I remember the elation of the first mountain walk I managed after that, with some of my friends and the sticks they had bought me. I went on to climb many, many more mountains, and even to carry some people back down them again: some alive, rather too many dead. I experienced emotional pain around that too, although, like so much else, I gathered it was a weakness in me, and kept as much of that as I could, too, tucked away under my strength and stamina. I didn't see anything of what I did as anything remarkable — after all, if little me was capable of doing it, it couldn't be such a big deal. And because I had experienced a higher intensity of pain, the persistent low level seemed, by caparison, to be regular, normal, usual, common. And in a way I forgot that I had struggled with pain in my knees, and long before that with pain in my fingers, so when my hands and back began to ache with an intensity that become increasingly difficult to work with, I was confused by this seemingly new phenomenon: I was strong, fit and healthy, free from the debilitations of severe asthma for the first time in my life, able to breath with my full lung capacity rather than slowly wheeze my way up a hill with a searing pain in my chest and too little oxygen reaching my limbs. Because it had no obvious reason like an injury or arthritis, in my mind this pain was simply not valid; I had no excuse so I didn't excuse my body and kept pushing it in some unworded belief that it had arrived because I was not training hard enough, not pushing myself enough, not resilient enough, not tough enough, and simply needed to push more. This, obviously (to anyone else but me and 20/20 hindsight) wasn't the case. I stopped climbing and I stopped mountain rescue when I began to feel afraid that soon I might not be able to hold a rope, and the life that was on it.

Then stuff happened. Years of stuff that I'll just condense into: I experienced a whole bunch of events in fairly quick succession which were traumatic by anyone's standards, yet I was too afraid to 'allow' myself to be affected by them, or rather, too afraid to acknowledge just how devastated I was feeling... after all, no-one likes the yucky emotions and no-one really wants to be affected by someone who's infected by them — again, unworded words we live by, so many of us, more of us than most of us realise. Taught by those who were taught by others who learned one way or another to repress and suppress and conceal themselves behind a warped idea of which little bits of us are human and which are unacceptable. But those feelings are human in their entirety, and, acknowledged or not, are there (here), and in repressing rather than releasing them, they have to go somewhere. Our bodies are some of the most amazing entities on a planet abundant with amazing entities, and they can take a lot. And they can also only hold so much. Jamming, cramming, stuffing, hiding, holding pain — both tangible and seemingly insubstantial — well, what goes in will come out one way or another, eventually. Some doctors label this confusion of symptoms "fibromyalgia" or "chronic fatigue syndrome"; they try to squish the symptoms into ill-fitting rheumatoid arthritis treatments, or dismiss it as "yuppie flu" or a psychiatric "disorder". I don't believe it's a disorder of any sort at all; rather, it's a natural life-saving response to Just Too Much. Life-saving, that is, if you listen to the message — a message that may start as a hint, a whisper of discomfort before it becomes a banshee scream of pain and fatigue. And don't sommer just try ignoring it, or worse: popping some pills or other remedies that mask the symptoms enough for you to carry on (for a while) doing whatever is causing the symptoms in the first place.

Actually, come to think of it, just like what's currently happening on a previously unimaginably huge and impactful scale in the world today.
Life is awe-inspiringly fractal, repeating patterns on an infinite scale.

(And life brings us in circles. I first wrote the paragraphs below, and then went back to the fist line it extended itself into all you've just read — I was possibly as surprised as you as I read the words my fingers conjured up on the screen, curious to know what would appear next. And to my 'actually-come-to-think-of-it-I'm-not-all-that-surprised' surprise, I found I'd naturally come full circle, from the end to the beginning and seamlessly joining the beginning with the middle again.) So here's the beginning, near the end:

I'm now locked up ostensibly for my own and others' health, ironically unable to have access to the very things that bring relief and healing, and as the weeks extend into months I feel a gradual unravelling of the healing benefits I'd finally found over the past six months through my bi-weekly myofascial release treatments (complemented by gentle swims in the soothingly cold, pressureless, support of the sea.) I notice that my autonomic nervous system, with neither prior consultation nor consent from my mind, gradually contracts and reverts to its familiar 'safe ground' of 'ready-for-red-alert'. (And no doubt feeling quite pleased with itself that it's such a conscientious worker. * sigh * I need to sit it down and have a talk with it.)

And I'm locked up with my mother who is way more ill, in way more pain, more isolated even from herself, and pretends she doesn't realise it.
Outwardly, at least.
Inside we both feel intensely. And just as forcefully (although not forcedly) we each do our best to hold on, hang in there, smile and laugh. Shout and smash. Cry and hug. Love and support and appreciate each other.
I watch my mom's heart crumple with the helpless weight of every article of news she reads or TV report she views, about people suffering out there in the world, not safe in their homes because their homes are not safe even from those who are supposed to keep them safe, not safe from hunger, not safe from abuse, not safe on the street which has, without warning, suddenly, bewilderingly, forcefully, become their home.
With indescribable sadness I watch her frustration of being a competent, independent, creative, intelligent, sensible, empathetic and indeed frequently very wise woman inhabiting a body that's just about had enough. That's held too much inside for too long. And I watch, and learn, with her, as we navigate unfamiliar territory together, seeing mirrors of ourselves in each other, supporting each other, feeling irritated with the other as they push aside the flimsy coverings that attempt to hide just how uncomfortable our comfort zones really are...

Yet sneaking past the irritation, love and gratitude and acceptance and patience flow. A constant. Enveloping us, supporting us as we pick our painfully difficult way to higher ground, together and in solitude.

Just before writing this, I woke up, sobbing this time, from my sleep with a more-intense-than-usual devastating sense of... loss? stiflement? aloneness? smiling-through-the-pain-ness? A sense of that utter isolation that no physical contact can touch, of going through something on your own, leaking as little of it as you can out into the world around you so as to not let it affect those around you, so as to not them know, so that they will not be frightened by what you're facing inside and turn and run and leave you, alone. These words just flowed out and as I write, I realise, now, that this is the world my mother inhabits, although I've borrowed it, clothed myself in it, inhabited it as my home ground. After all, we share the borderlands, and the histories of our common ancestors.

My mother and I also share a certain sense of humour. À la Granny Weatherwax from Terry Pratchett's Discworld (which she's never read but has heard bits from me), this morning, when I went upstairs to see how she's survived the night as I do every morning, I found a note tucked into the closed jam of her door, which read:
"I'm catching up on sleep.
Not dead.
Love, Mom."
(Her spelling is better than Granny Weatherwax's.)

And now having typed away across both sides of the midnight divide, over the sound of the waves sliding up to the shore I hear a protracted duet by a pair of African Eagle Owls, for the first time in all my many (and frequently wakeful) nights here. 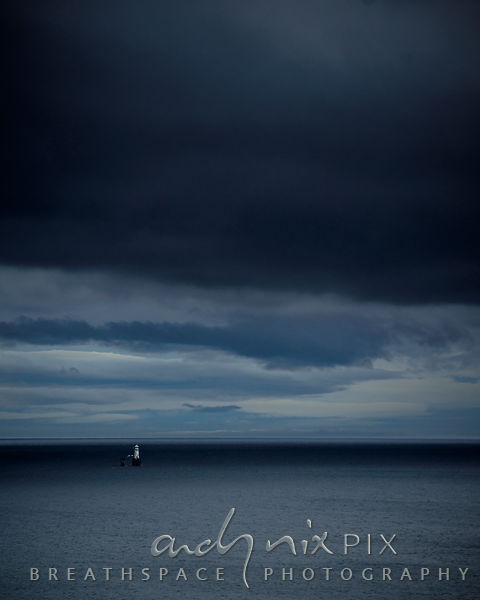