How to convey emotion in a bush and a bridge!

My photography is pretty much intuitive and instinctual, but sometimes I become aware of my process and subconscious thinking around ending up with an image. I've been photographing a few music gigs lately, gaining immense pleasure in conveying emotion and essence through a combination of light, angle, fore– and background, as well as moments, movement and mannerisms.

However, in posting yesterday's pic of the bush growing in the bridge, I realised that it had been a long process of trial and error over a period of months to get the pic I wanted that conveyed emotion in a living – yet static – object in an inanimate situation. Here's some of my insight and method.

I had seen this tree many many times, thinking many, many times that I wished to share my wonder with others through photography. I stopped three times over a few months when I was passing to photograph it, but I couldn't quite get the right feeling. I wanted to convey a sense of the bush's unlikely and incredible positioning, suspended, both above and below, two busy roads. The sun on the first occasion was behind the bridge so detail in the shadows was difficult. In a long view, shot with a telephoto to show it in relation to the traffic, it got lost in the image. A crow gliding overhead at one point added a different angle to the story, and I composed the shot to include the sign to Muizenberg to covey an idea of location, but still it felt impactless to me. I tried various angles, slip-sliding up the steep embankment (much to the merriment of passing drivers), including street lamps to give a sense of place, but the overcast skies on the second occasion just flattened the images.

Finally, on the third occasion, the spring afternoon sun was shining on the bush side of the bride, and although I was feeling quite bushed (pun unintended) driving home from a photo session, I knew that it was a good opportunity. This time I ran up the (even steeper) south embankment, and, after trying a few angles and compositions, got my final shot.

Interestingly, while I was selecting (and doing light processing on) the shots to share in this post as ones that didn't work, I found that many of them actually did, for various reason, and conveying various stories.

This reminds me of a very interesting video about perception, story and photography - check it out here: http://www.shutterbug.com/content/lab-pushes-boundaries-photography-decoy 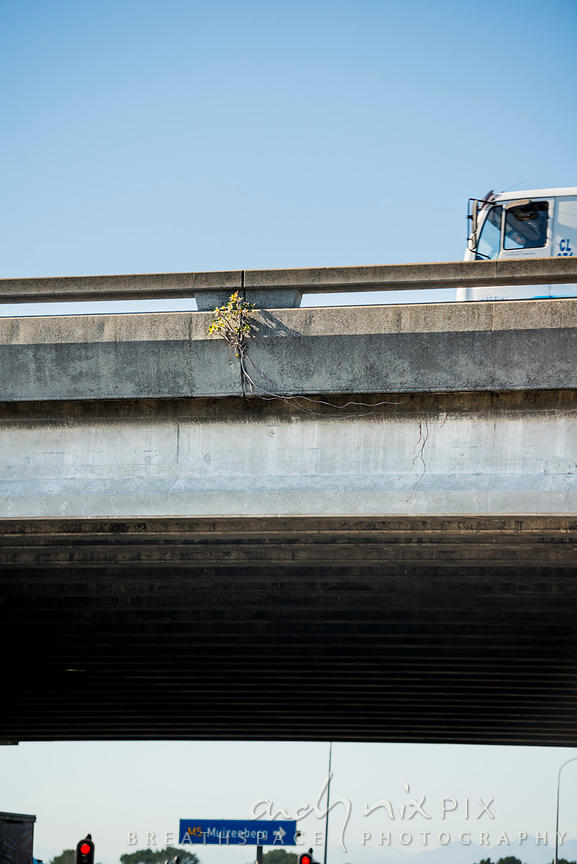 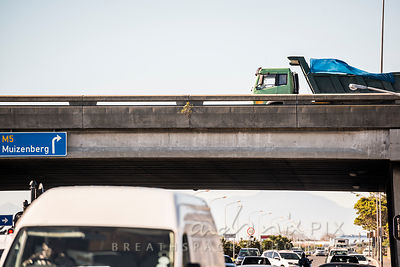 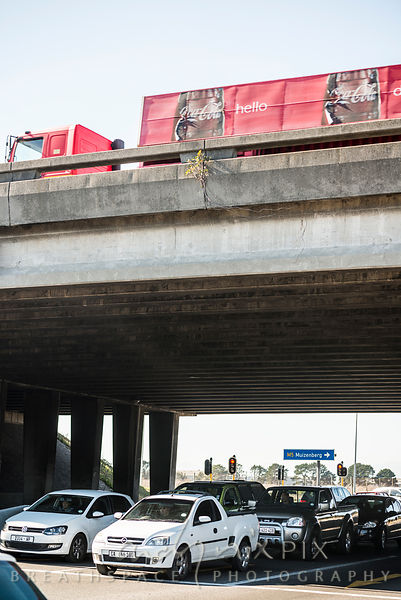 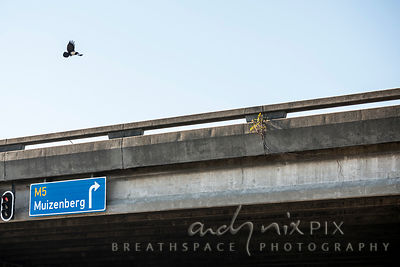 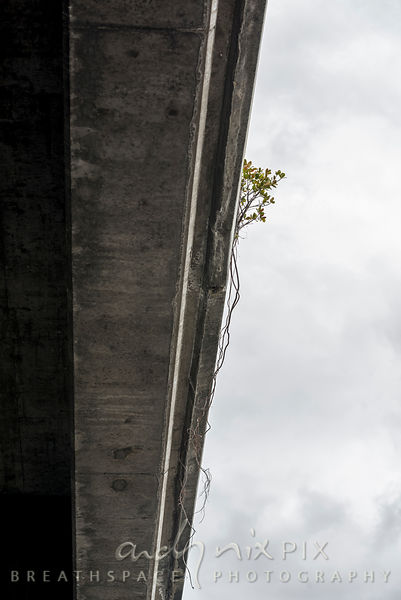 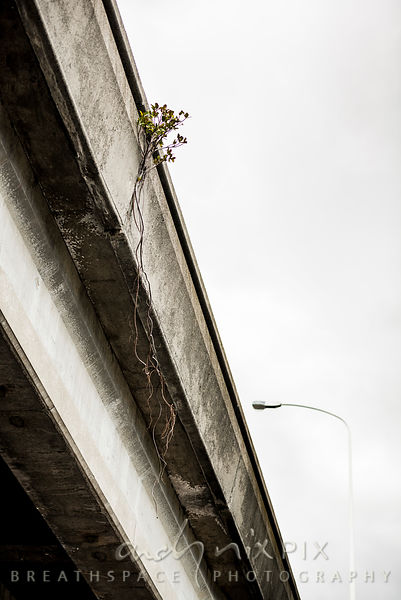 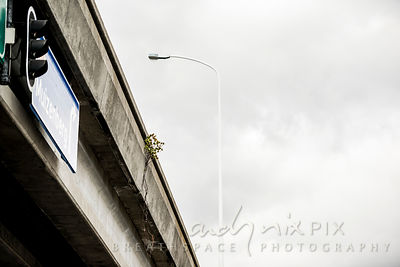 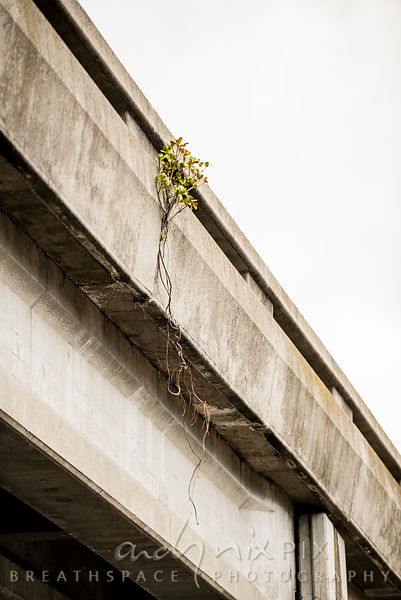 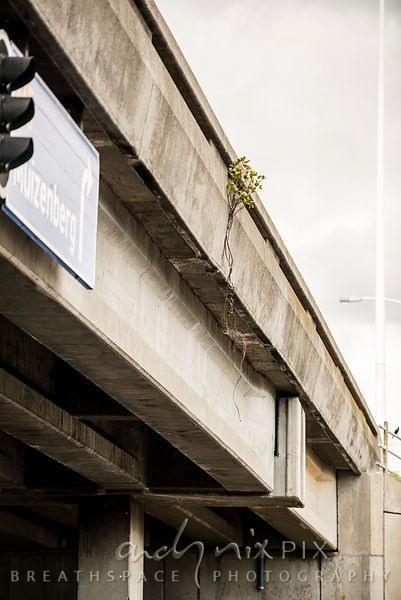 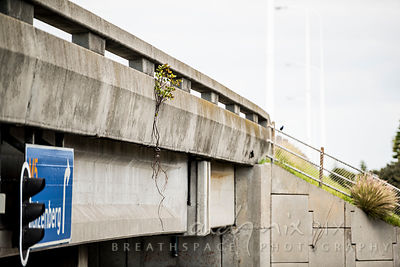 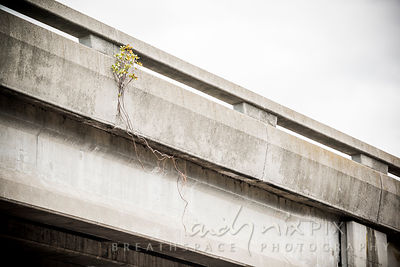 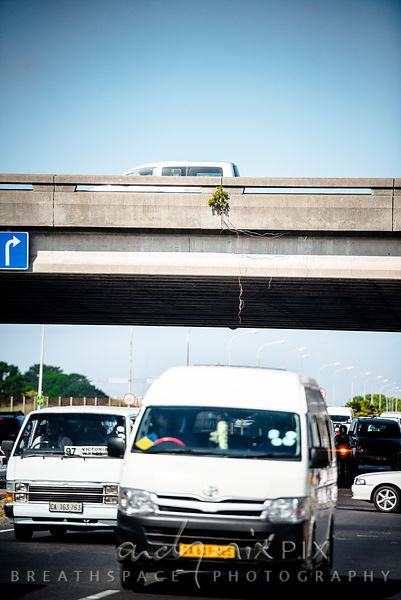 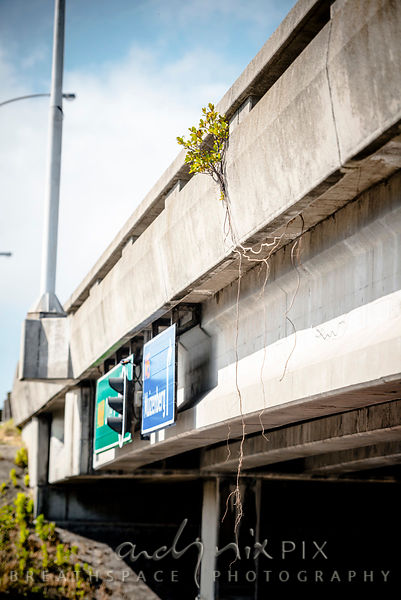 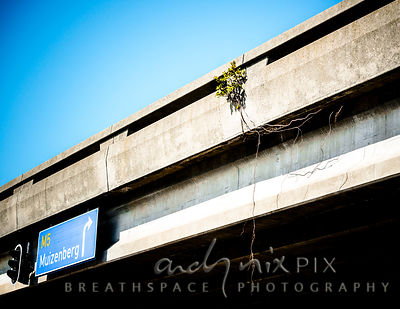