"To fuck up is to find adventure"

I wasn't sure what to write about this week*, and then I was reminded of this quote I read the other day by Joseph Chilton Pearce: 'To live a creative life, we must lose our fear of being wrong.' which really resonated with me.

Creativity is not limited to artistic creativity, but as an artistically creative person I'm no stranger to the fear of 'being wrong' in a field where there are no objective wrongs and rights, yet pushing my own highly subjective doubts aside, hoping that what I'm doing is mostly (subjectively) 'right'.

And not being wrong doesn't necessarily mean being right. It occurred to me how the fear of being wrong (or even our fear of being perceived to be wrong) can dictate our behaviour, restraining and restricting aspects of our lives in such subtle, insidious ways that we hardly notice. Or even if we do notice, how often do we excuse it with justifications that are hardly unbiased since they stem from the fear? A young kid who would like to climb a tree like the others, but doesn't for fear of not being able to, insisting that playing on the grass is what they actually want to do; a person who would love to connect with friends or acquaintances, but doesn't make the call to say 'hi' or arrange to get together for fear of being rejected, reasoning with themselves that everyone's so busy with their own lives these days that they won't have time anyway; someone who writes and draws and creates photographs of great depth and feeling and interest, but never publishes, convincing themselves that people compliment to be nice and their work is not really that great.

Ha! How absurdly sneaksy we are with ourselves!They say it takes one to know one, and even now, as I wrote with other people in mind, I noticed how each of the examples I thought of could actually apply to me, and I caught myself wanting to say "I'm not talking about myself here, of course", when, on not very much reflection at all, I have to admit this all sounds so intimately familiar, things I alternately both succumb to and overcome, and my guess is that they are actually variations on themes familiar to us all.

Does the solution to– and resolution of– our fears lie in becoming consciously aware not only that they are there, but also the subconscious ways in which we act to avoid experiencing them? And with this awareness—ninety percent of a solution, so they say—bring a lessoning of overly severe self-criticism and a greater degree of self-assurance, the kinder, more understanding reassurance we'd offer to others; basically a fairer tolerance, perhaps even delight, for our common human fallibility that so often leads to incredible creativity?

A fantastic book I read a while ago which I highly recommend is Being Wrong: Adventures in the Margin of Error by Kathryn Schultz. (Again, let me know if you'd like to borrow my copy.)

There's a few quotes from it I'd like to leave you with on the subject of the fear of being wrong, along with a link to her TED talk: https://www.ted.com/talks/kathryn_schulz_on_being_wrong

“It’s as if we regard other people as psychological crystals, with everything important refracted to the visible surface, while regarding ourselves as psychological icebergs, with the majority of what matters submerged and invisible.”

"To err is to wander, and wandering is the way we discover the world; and, lost in thought, it is also the way we discover ourselves. Being right might be gratifying, but in the end it is static, a mere statement. Being wrong is hard and humbling, and sometimes even dangerous, but in the end it is a journey, and a story. Who really wants to stay home and be right when you can don your armour, spring up on your steed, and go forth to explore the world? True, you might get lost along the way, get stranded in a swamp, have a scare at the edge of a cliff, thieves might steal your gold, brigands might imprison you in a cave, sorcerers might turn you into a toad, but what of that? To fuck up is to find adventure."

* Interesting how the pic of the week has increasingly rolled into into the thoughtful pic of the week. I receive a lot of thoughtful, insightful, interesting and often heart-glowing responses to my musings, and I really feel other readers would appreciate them too. So, to create an opening for dialogue for anyone who'd like to share their thoughts, you can now post comments on the Pic of the Week blog, starting with this week's pic. 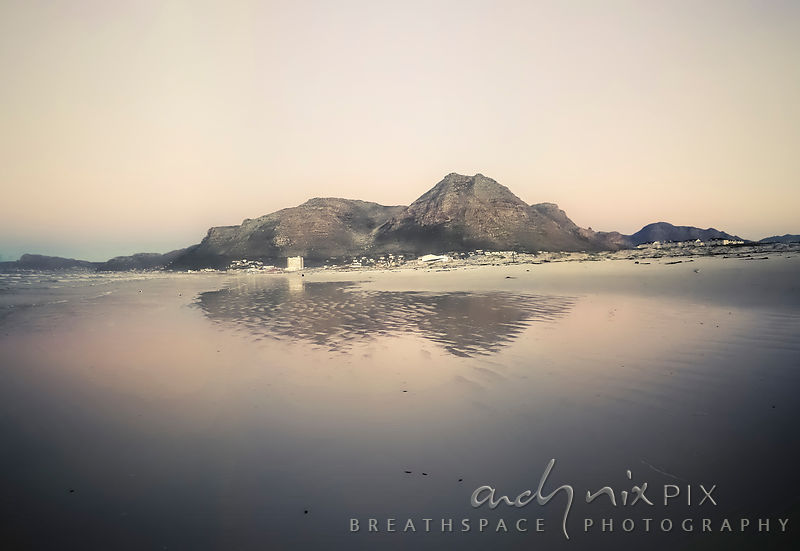 Hi Andrea, There was really a lot to think about in your last pic of the week….
Your point about being consciously aware of one’s fears actually picks up somewhat on our recent skype conversation. There are a few challenges I can think of – being really aware of how we experience our fears, and which fears we have is indeed important, but there must be a constructive inner process for working out how we then deal with that awareness in order to avoid the excessive self-criticism and depression that often occurs, and also to develop the confidence that we can manage greater self-assurance in a balanced way. Awareness and mindfulness can lead to fairer tolerance of, and positive reaction to, our own fallibility and that of others.
Creativity and innovation often comes from the understanding we derive from looking at and experiencing our own mistakes and failures. We need to treat these as learning experiences and constructively balance that with being able to understand how our mistakes impact others. I have found some apparent failures in my life (if seen from a conventional paradigm) were really opportunities for learning even though very tough to navigate the self-criticism, and loss of confidence at the time.