While walking on Table Mountain this weekend we were treated to a lovely brocken spectre. The name originates from the Brocken in the Harz mountains, the highest peak in northern Germany. Some climbers thought that they were angels, and another legend has it that a climber fell to his death after being startled by the unearthly appearance of a haloed human figure in the swirling mists. The shadow was his own, cast by the sunlight onto the cloud, while the halo was a glory, formed by the sunlight refracting backwards from the tiny mist droplets.

(What was a very interesting phenomenon for me was meeting two atmospheric physicists from Canada who had never heard of a brockenspectre before - neither the name nor the phenomenon!)

http://www.sundog.clara.co.uk/droplets/globrock.htm has some interesting info on glories and other atmospheric optics, as well as some great pics. 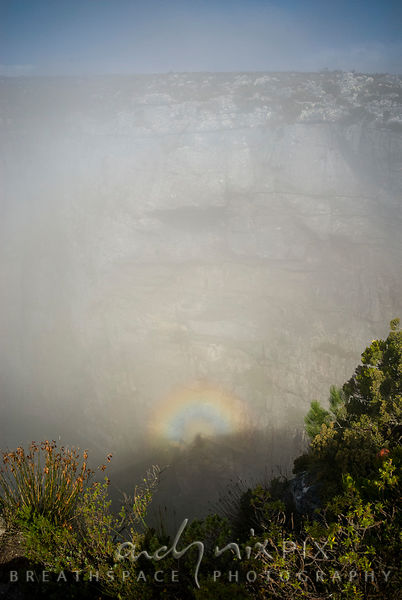 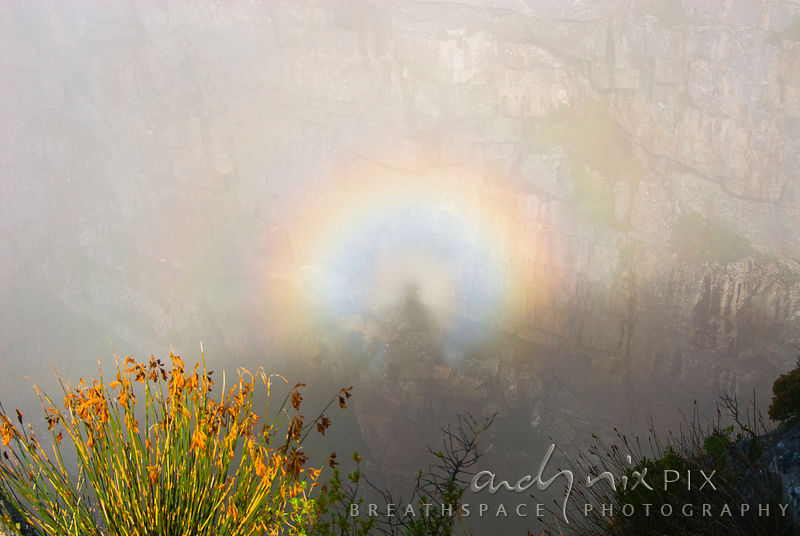