En route to Mapungubwe National Park near the Zimbabwe/Botswana/South Africa, I spied these two baobab trees in that yummy light that only occurs when dark skies are behind a sunlit subject. My 'driver' stopped on cue and I ran up to the park fence, which consists of an outer wire fence and an inner electric fence about a foot apart, so in order to get a clear shot I had to stick my head through the outer wires.

I had created one close-cropped photograph then zoomed out a bit to re-compose for a wider view and was just about to take my second shot when with absolutely no warning the approaching storm sent its first bolt of the day zapping across my viewfinder!

I yelped as my lightning-fast neural synapses reminded me that my proximity to a couple of wire fences was probably not the most sensible place to be at this moment in time and instructed my rather slower legs to bolt me back to the car and I leapt in, heart thumping! This naturally provided much amusement for my 'tripod carrier', especially as the lightning hadn't been all that close to me!

Only later in the car did I pause to wonder if, by some amazing chance, I had actually captured the lightning in my shot...

Zoomed in at 100%, I was surprised to discover that the lightning shows as globules rather than a solid bolt. Initially I thought this was due to it being captured at an unusual shutter speed of 1/90 sec. (Natural lightning is usually photographed at slow shutter speeds in the hope that it will strike during the time the film or sensor is exposed, and slow speeds cause blur.) However, it turns out that this was a relatively rare form of lightning called bead lightning, where the lightning bolt breaks up into little globules rather than a continuous segment. 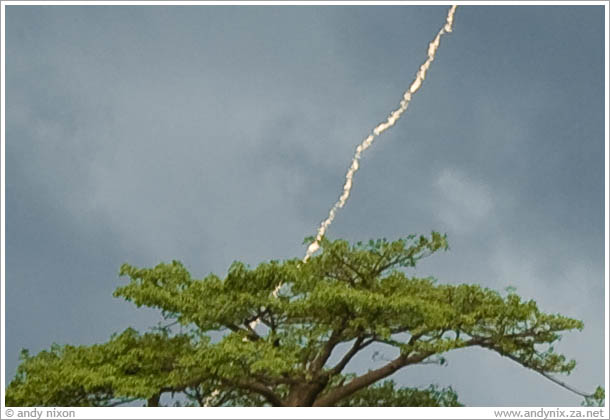 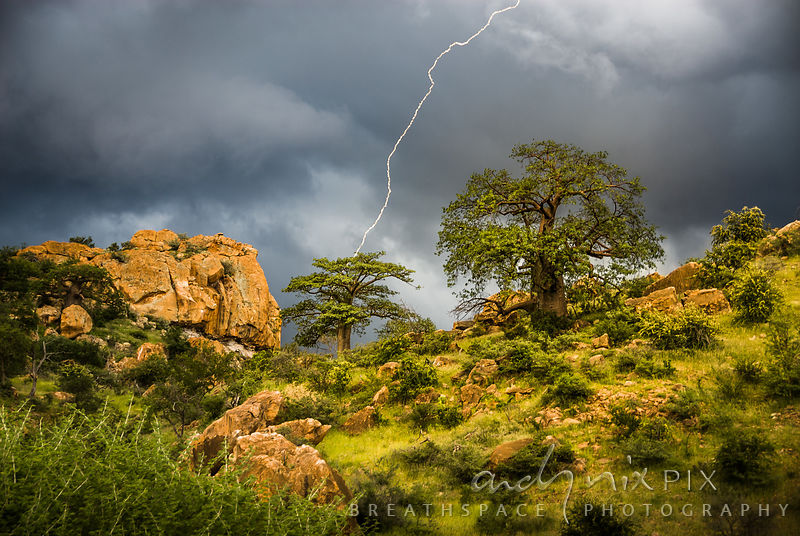